There has been a lot of media attention with regards to the Africanized honey bee over the last decade and the danger that they present. And while it may seem as if the press have good reason to be reporting the potential threat, the whole situation may have been slightly over-exaggerated.

But do these bees really pose such a great threat and can they actually cause fatalities?

The main factor to understand about the Africanized Bee Danger is that this newly introduced species actually has exactly the same amount and type of venom delivered by their stings as your regular honey bee that we have all become accustomed to. So unless you are allergic to bee stings, it is unlikely that 1 or even a few stings are going to do much harm.

The main difference between the two species is however that the African Bee is far more aggressive than your regular honey bee. This all due to a chemical reaction in the bee brain that forms neuropeptides which are responsible for a whole host of brain functions including the fight or flight response to threats.

Bees are very social animals and will go to great lengths to protect their queen, the hive and the colony. So these neuropeptides trigger a fight mechanism in the bee brain which makes them much more likely to attack as a form of defense.

Once the swarming begins, there is very little that can stop multiple bee stings. African bee swarms are likely to deliver 10 times more stings than regular honey bees meaning ten times the venom and therefore a greater chance of a fatality occurring.

However, the bees do not actually go about swarming and attacking people randomly. They also have a built-in sense of self-preservation – which may not be as strong as their defense mechanism but plays a role in the African Bee Danger. A bee will die after it has lost it’s stinger and most bees will therefore avoid stinging and only do so as a last resort to defend queen, hive and life – in that order.

However, when bees are swarming and in attack mode, they lose this sense of self-preservation and will attack for the good of the colony with no thought to giving their own tiny lives.

So does the Africanized bee danger really exist?

The answer is yes. An attack by an African Bee swarm can be fatal and it is therefore critical to take precautions. If you have a hive on your property or have noticed a number of bees, call in the experts to identify whether these are African bees and to remove the hive and bees to avoid the risk of an aggressive attack. Only when the bees are not Africanized do we recommend a live bee removal. 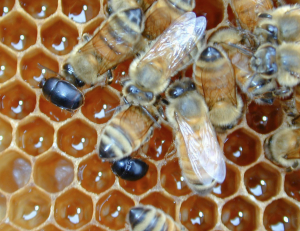 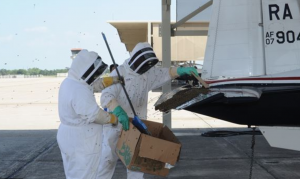 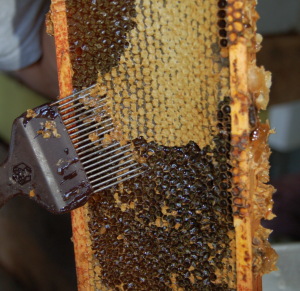